Edward was born in Wolverhampton in 1883 to Paul and Jane (nee Morris Vice) Brothwood. In the 1901 census Edward, his father and brother Paul were all working at the Lysaght Iron works in Wolverhampton.

Edward moved to Newport in 1910 and married Mary Ann Brewer, the couple had a daughter Jane and settled at 8, Slade Street, Newport, later moving to 10, Keen Street, Newport.

Edward joined up between August - December 1914, we know this because his name appears in the Lysaght Roll of Honour book that was published in December 1914. Edward served with 6th Battalion South Wales Borderers, by 24th September 1915 he was over in France.

On 21st March the 2nd South Wales Borderers were ordered to take up their positions on the Bapaime – Wraucourt Road. During the night of the 24th/25th the 6th South wales Borderers and Royal; Engineers were moved into the line east of Logeast Wood. By 11pm their position seemed critical, machine gun fire was coming from Monument Corner and Very Lights (fired form a flare gun) were coming near Brvillers.

A conference was held, and it was decided to run the line between Waterlot Farm and the road through Sapignies. Having decided on a new plan the 41st arrived and took a different root, it was decided that the 6th South Wales Borderers and the Royal Engineers follow the 41st.

The whole attack starting from the 22nd March up to 27th March seems to have been full of confusion with plans constantly being changing and a large number of men being killed wounded or missing. Unusually for a war diary, the officer in charge has chosen to record every man’s name, rank, regimental number and in the case of the soldiers killed in action their date of death. Normally the officer’s details would be carefully recorded with the OR or other ranks being recorded by numbers only. Edward was written down as J Brothwood but his regimental number confirmed this was him. Edward was 34.

Special thanks to Shaun McGuire for the poem above. 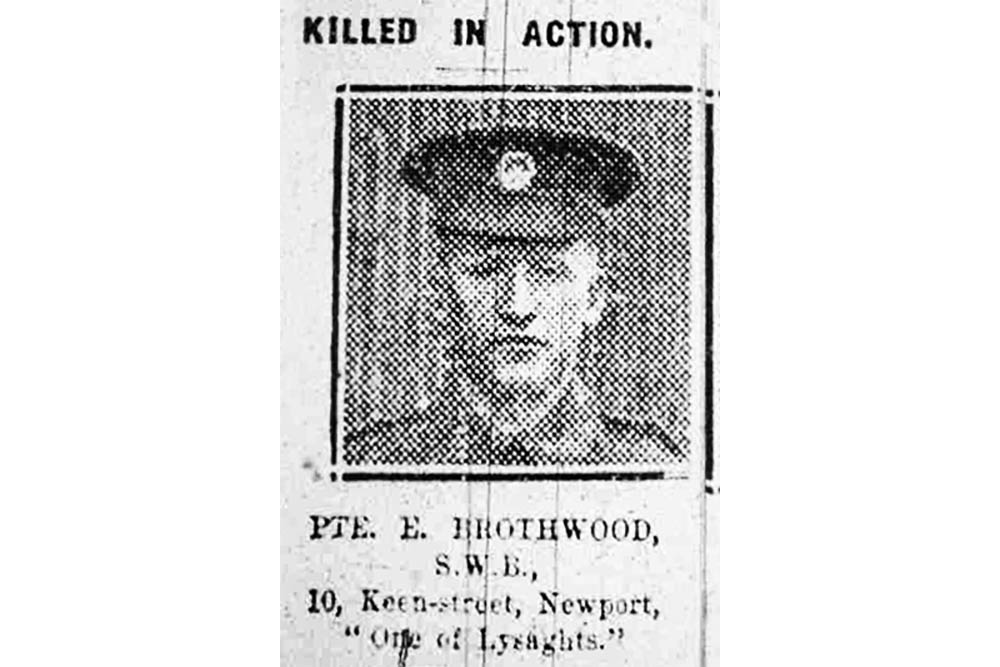 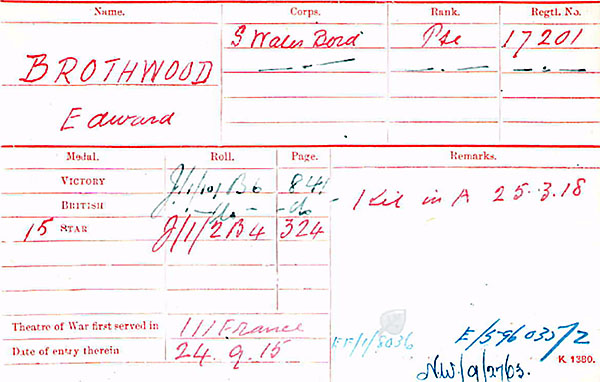