Lawrence was born in Sedgley in 1886 to Joseph and Mary Ann Homer. His mother and father died when he was very young and was adopted. In 1901 he was living at 6, Pembroke Terrace, Pontypool with his brother George. By April 1911 he was living in Newport on Caerleon Road and working for Lysaght’s at the Orb works as a roller in the sheet iron works . Lawrence never married.

Lawrence joined the army around September 1914 and was serving with the 1st Battalion South Wales Borderers, by 17th December 1915 he had been sent to France.

During the war Lawrence was awarded the Military Medal, unfortunately we have been unable to find out why. The Military medal was awarded to soldiers for “Acts of gallantry and devotion to duty under fire”

In September 1918 the Borderers had been engaged in fighting around Holnon and Maissemy in the breaking of the Hindenberg Line, Lawrence was killed in action on 26th September 1918, he was 32. George, his brother, was left his back pay and war gratuity of £18 10-/- 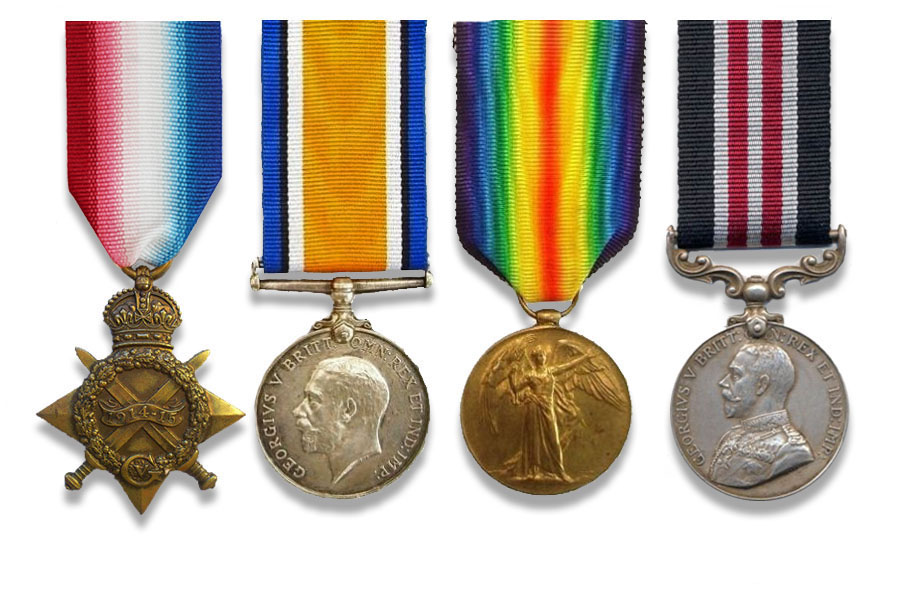 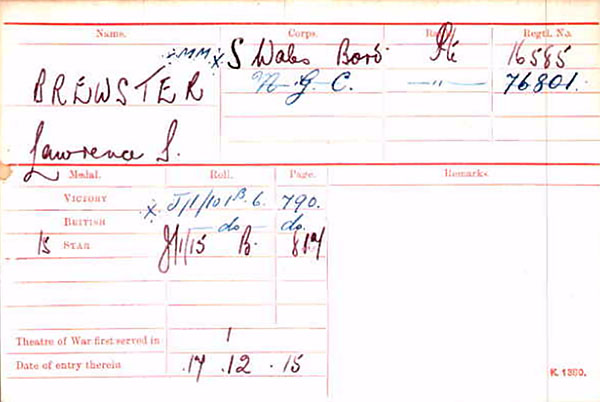