James Cadman was born in Wolverhampton to George and Selina (nee Morrell) Cadman. On the 1911 Census James, his wife Mary and their two children (Selina & James) are living at 43, Feering Street, Newport. James’ parents are also living with them.

James signed up almost straight away and became Private Cadman 11844 1st Battalion South Wales Borderers. His name appears in the Lysaght book “Men on Service in the War and Roll of Honour 1914” that was published by the company and lists all men who joined up from 4th August to 31st December 1914 from Bristol, Scunthorpe and Newport works.

His medal card shows that he landed in France on 11th January 1915, just three months later, on 16th April 1915 James was killed in action. The following is an extract from the 1st Battalion, South Wales Borderers War Diary on the day that James Cadman was killed

Richebourg l’Avoue
Fine sunny day. Our artillery been energetic up to 1pm but no reply from the enemy. Enemy shelled our trenches heavily in the afternoon. One man killed one wounded. 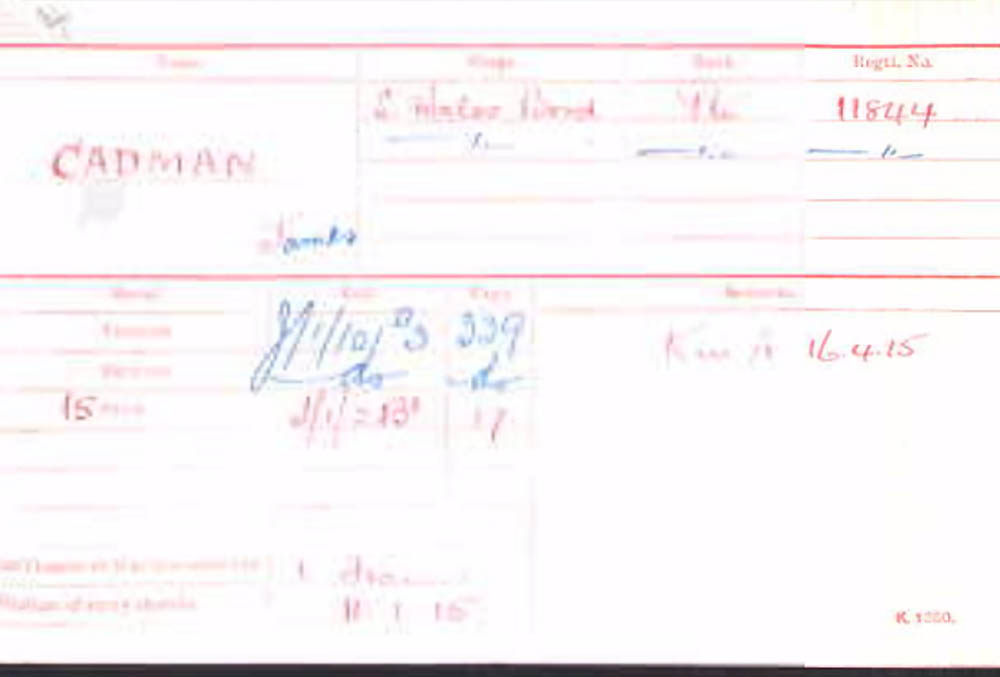