We have very little information about Harry Turner we cannot find him listed on any census record.

We know from his military records that he was married to Sarah and that he was born in Wolverhampton. We know that he was working for the Orb works prior to the war and that he joined up sometime between August – December 1914 because he appeared in the Lysaght Roll of Honour that was published in December 1914.

Harry Served with the 5th battalion South Wales Borderers, he saw action sometime after December 1915. Harry died of wounds sustained while fighting around the village of Contalmaison as part of the Somme offensive. He is buried in Contalmaison Chateau Cemetery.

Harry left his War Gratuity and back pay to Sarah and his children, they received £8 10-/- 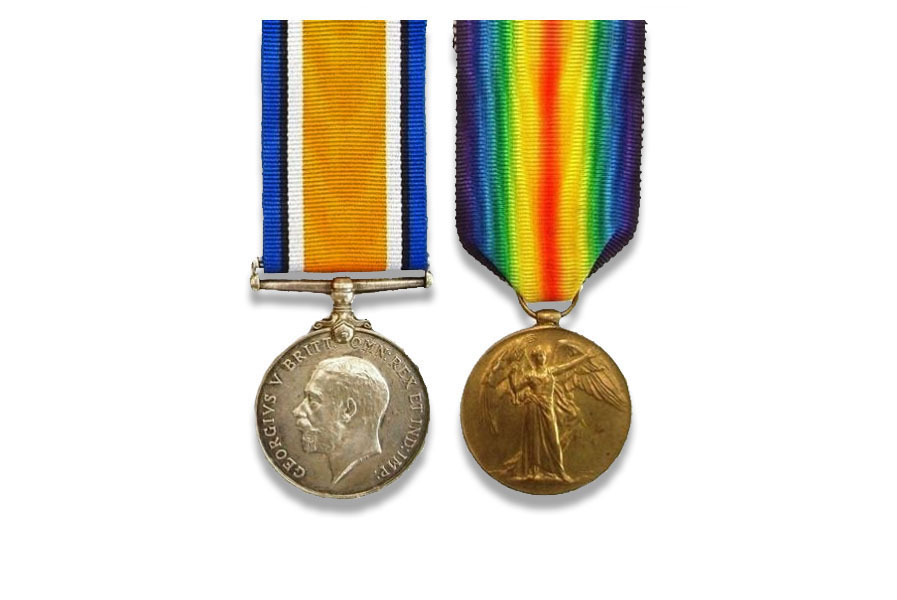 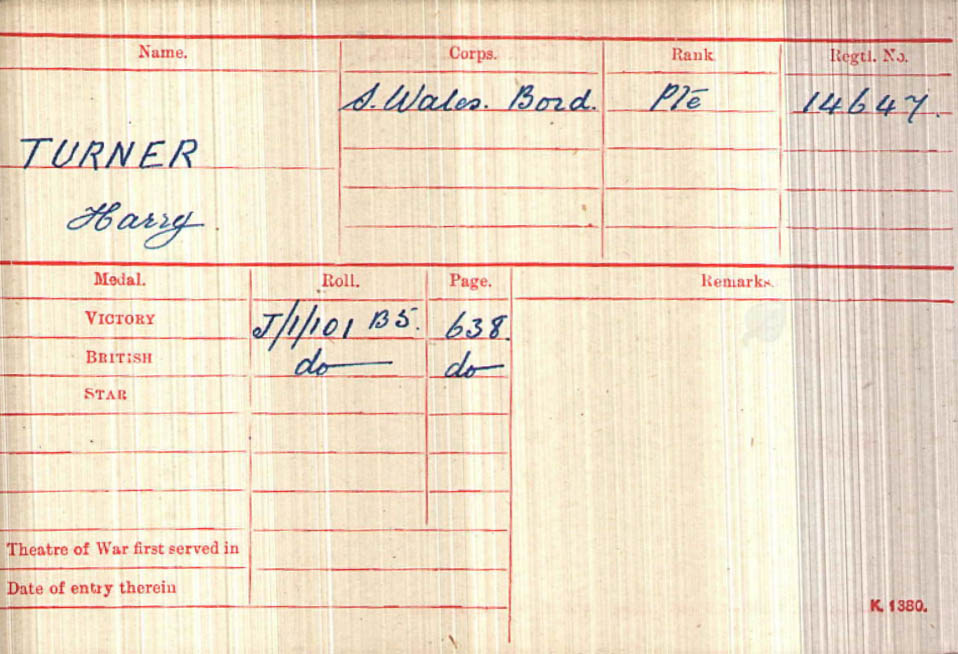