Isaac and his brother Benjamin joined the army on the same day, there regimental numbers were only two numbers apart. Both the brothers were sent to 6th Battalion South Wales Borderers and found themselves on a boat to France, they landed at Le Havre on 24th September 1918.

The 6th South Wales Borderers were a Pioneer Battalion, that meant that their main job was to dig and mend trenches and dig and mend roads. The Pioneer battalions were very important to the success of the war. The big guns, men, weapons and equipment was constantly on the move around the battlefields and if you couldn’t move all of those around in time you were in big trouble! The Pioneers also had to fight.

Isaac and Benjamin took part in some of the major battles like the Somme and Passchendaele. On 9th April 1918, the battalion were given orders to attack a village called Ploegsteert or "Plug Street" as the soldiers called it in Belgium. The idea was that we would push the Germans back so that we could gain more ground and take the village.

In the evening the battalion started to move into position, this was done under heavy shell fire. In the early hours of the morning on 10th April the Germans had started to break through the British lines, but the British soldiers had manged to push them back and hold their ground. The fighting was fierce, shells were exploding all around and throughout the battlefield machine gun fire could be heard.

The 6th battalion was told to fall back to a stronger position and by 4.30pm the line had settled down. At 5.30 orders had been received to once more attack and try to take Plogsteert, again they managed to push the Germans back, but due to heavy machine gun fire they were forced to fall back.

By 9.30am on 11th April the 6th South Wales Borderers were in trenches that were being heavily shelled, but they continued to hold the trench. The battalion was ordered to launch yet another attack, at first the attack seemed to be working but eventually the machine guns started to fire and they were forced back.

At some point on the 11th April Isaac was killed whilst fighting alongside his brother, Benjamin, who was wounded. Isaac was one of three men who were killed that day, the battalion also lost 118 missing and 200 wounded. 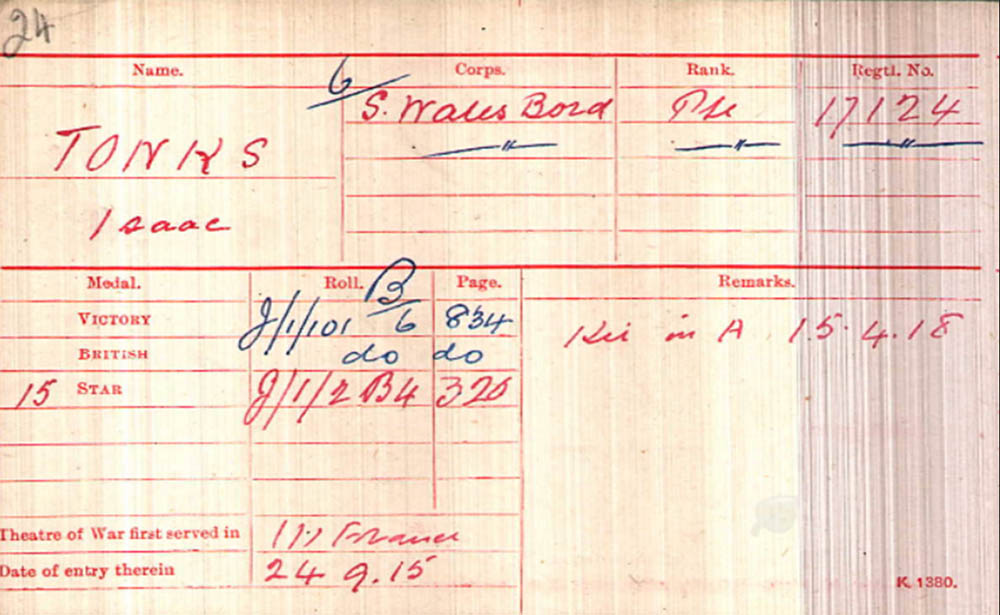 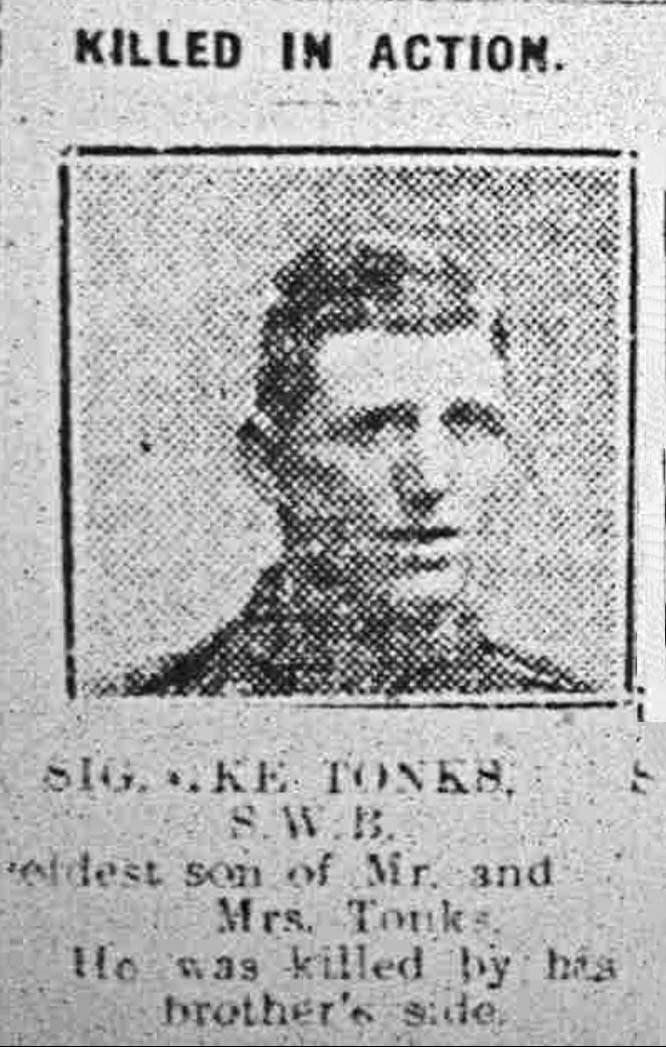 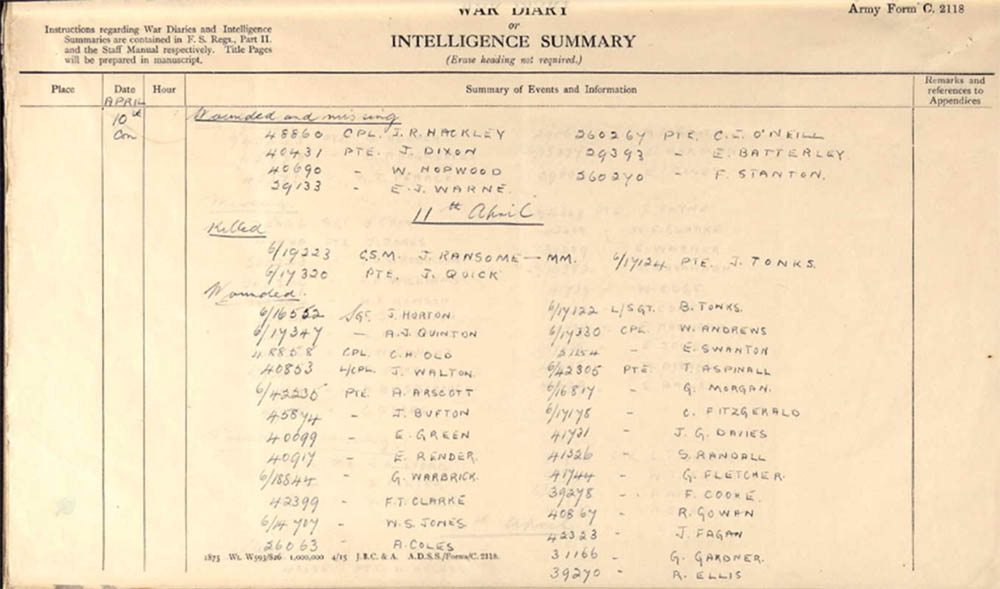