Joseph Henry Pumford was born in Wolverhampton to William Henry and Elizabeth Pumford. The family moved to Newport in search of work at the Orb Iron and Steel Works after the owners, the Lysaght family shut their works in Wolverhampton. Joseph married Theodora (Dora Edwards and the couple had two children Joseph and Elizabeth.

Joseph was in France by 13th September 1914, he would almost certainly have been a reservist, that means that he would have served with the colours before the war and come out of the army. He would have signed the reservist’s register, this would entitle him to a few shillings a week on the understanding that he would attend a training camp for two weeks per year and that he would be called up immediately in time of war. He would have been with his regiment within a day or two of war being declared.

Joseph was attached to the 2nd Battalion Welch Regiment at the beginning of the war, but on 5th March 1916 was transferred to the Machine Gun Corps.

We know that Joseph Henry Pumford was killed in action on 7th June 1917, and that he was fighting around the Somme area, it is possible that he was involved in the Battle of Messines though we have no proof this, but it does tie in with the dates. Joseph is remembered on the Ypres Menin Gate Memorial, Joseph was 25 when he died. Joseph had tow brothers Albert and William, only William returned home form the war. 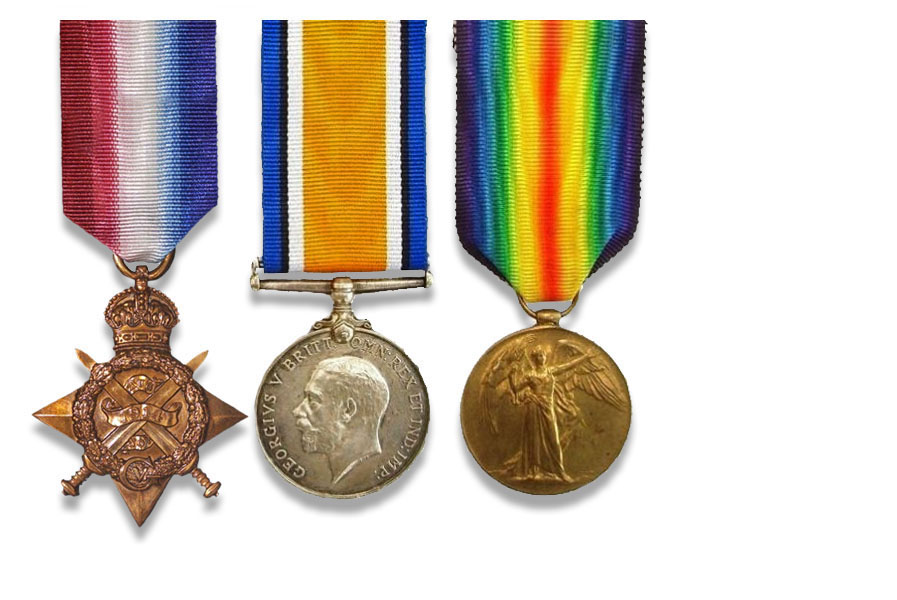 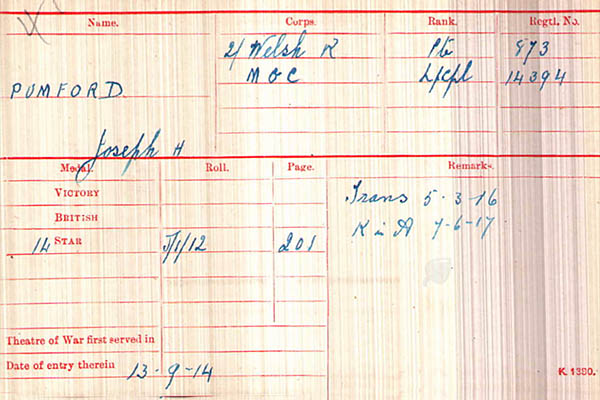