Fred Morris was born in 1885 in Kingston in Herefordshire. In 1908 while still living in Hereforshire he married his wife Ruby Davies, the couple had two children Reginald Hicks and Cecil.

On the 1911 census Fred was living in Tredegar Street, Rhiwderin and was a master hairdresser. It’s unclear when Fred left his work at the Orb.

On 15th February Fred and 300 other man were on Railway constructional work, this meant they were laying down new tracks for the small railways that crisscrossed the battlefields. These trains were used to move supplied around the battlefields.

They stopped work to watch fight between a German and British plane. The British plane flew straight at the enemy’s plane, at the last minute he swerved and fired the Lewis Gun causing the German plane to crash.

At 7.30pm the enemy suddenly shelled Russell Farm right next to where the soldiers were working, there was no protection, so the soldiers ran for the trenches, unfortunately Fred’s company were further away, and the shelling caused 4 men to be killed and 11 wounded 5 of the wounded died, one of those was Fred, he died on 18th February at the casualty clearing station. 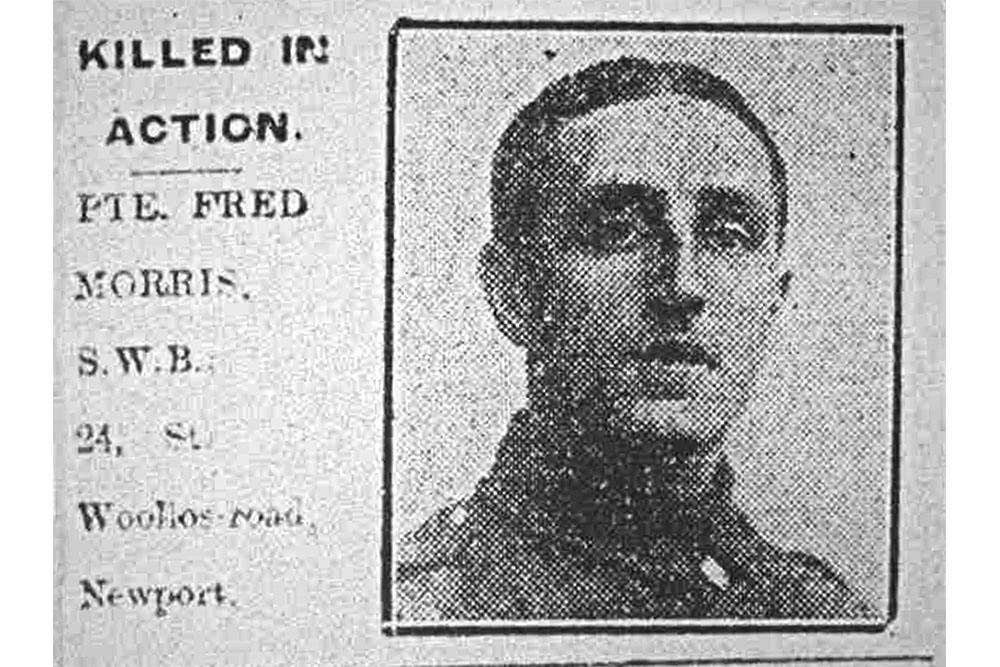 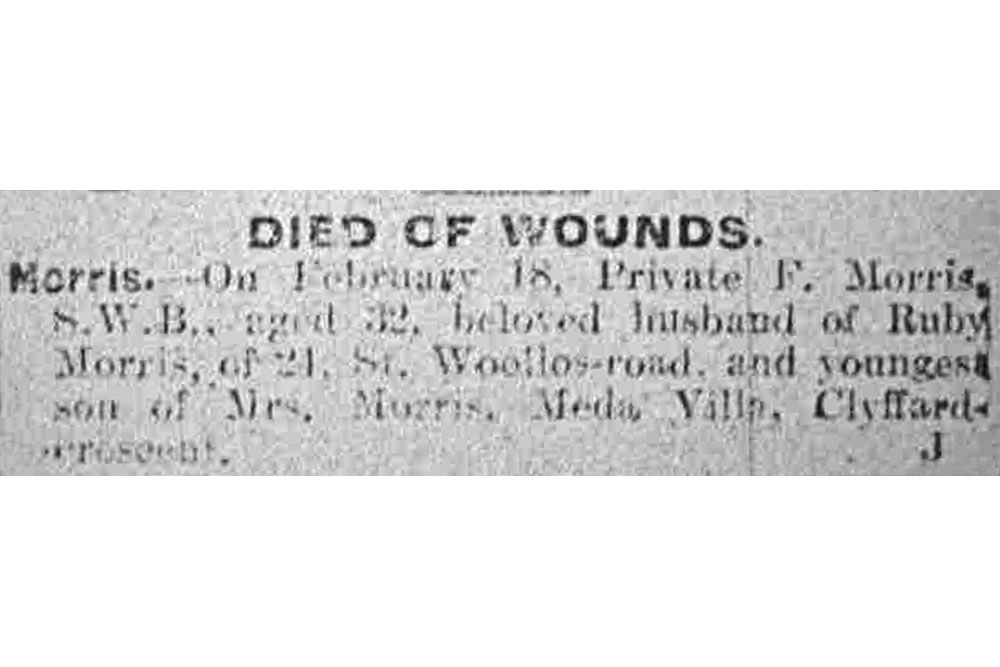 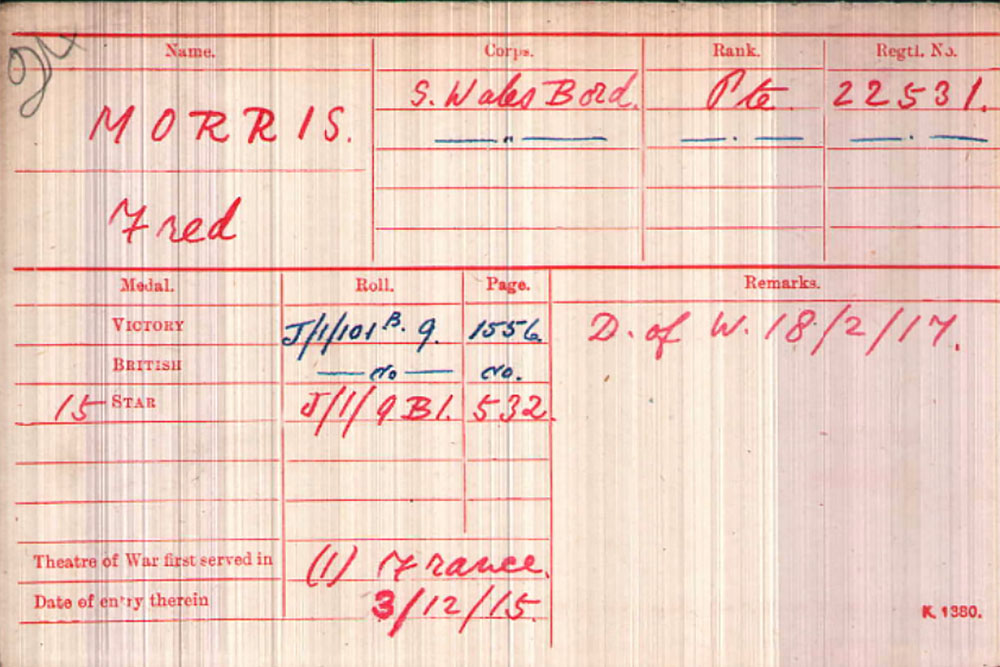