Robert William Thwaites was born in Sunderland in 1885. In 1910 he married Mary Elizabeth Connolly in 1910 at Newcastle – on – Tyne, the couple had one son. In 1911 Robert and Mary had moved to Newport and Robert was working in the Sheet Iron mill at the Orb as a labourer, they were living at 1, Powder Street, Newport.

Robert Joined the 5th Battalion South Wales Borderers, and on 5th December 1915 they were in France.

In 1918 Robert was wounded in the last few months of the war, he was taken to 29th/46th Casualty Clearing Station where he died of wounds on 20th October 1918 aged 33. Robert was buried at Delsaux Farm Cemetery, Beugny, France

Robert left his War gratuity and back pay to his wife Mary, she received £22.00 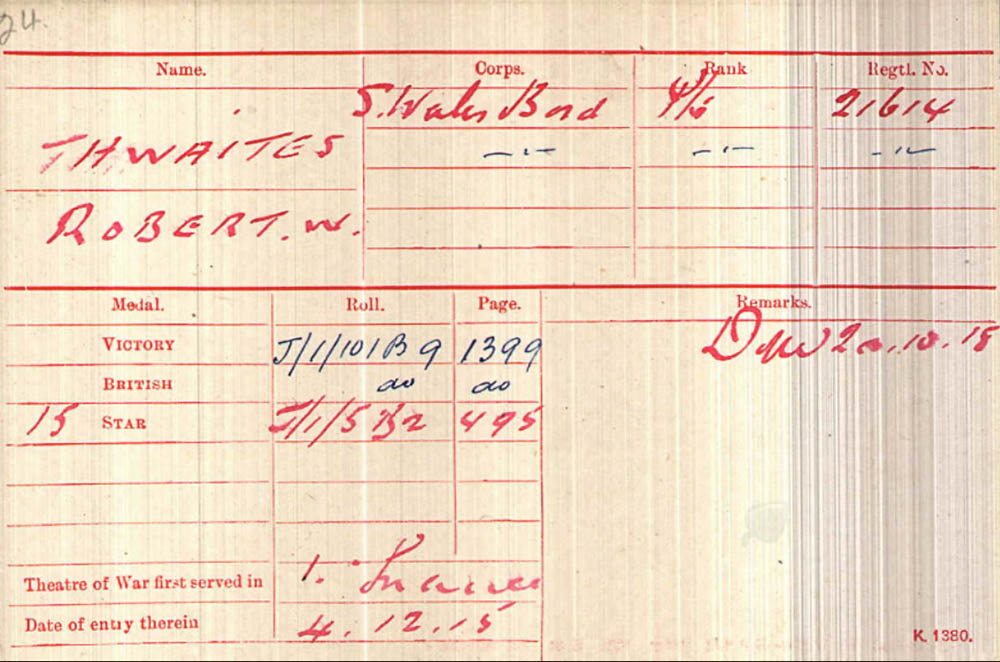