Arthur Henry Moss was born in Newport in 1887 to Charles and Ellen Moss. Arthur worked as a road sweeper for the Corporation, Arthur and Ernest his brother both worked at the Orb. The family lived at 34, Rosslyn Road, Newport. Arthur never married.

The family must have been thrown into deep sorrow at this time as just 12 days Arthur died his before his younger brother Ivor was killed on HMS Natal on 30th December 1915.

Arthur was 28 years old and was buried in East Mudros Military Cemetery, Greece, his parents had the inscription “Better love hath no man that this for his King and Country” 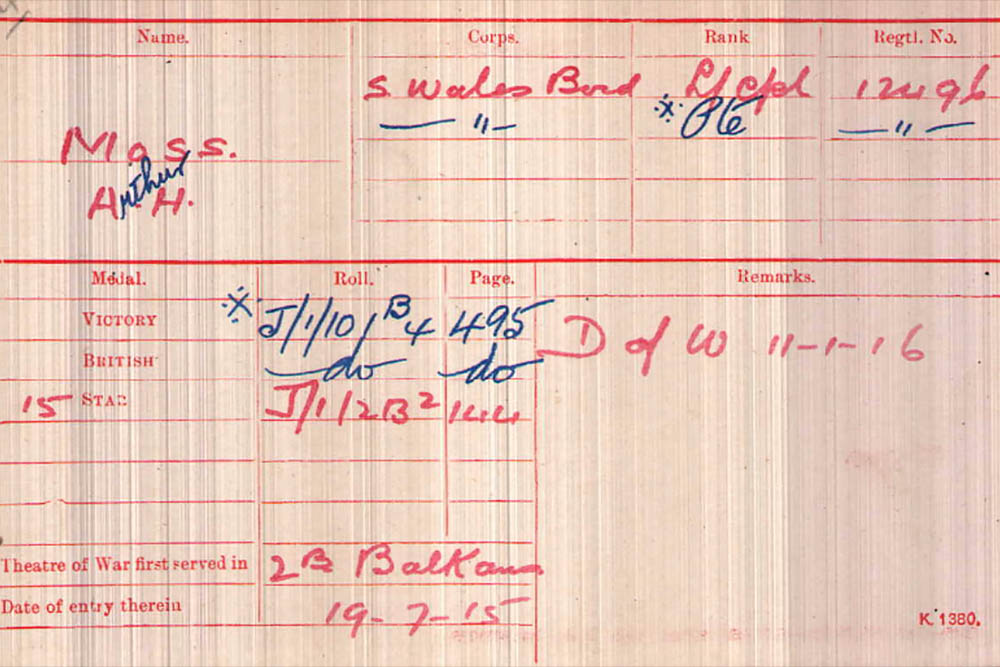