Thomas William Beddington was born in Wolverhampton in 1892 to William and Lydia (nee Page) Beddington. Thomas William is listed as William on the 1911 census, the census shows that there were 7 children, three of whom had died before 1911.

Thomas William’s father, who was also called William, and his brother Richard all worked at the Orb. The family resided at 24, Magor Street Newport, although they would later move to 46, Hamilton Street. In 1914 he was married Lillian Wilkinson.

Thomas saw some fierce fighting, the 6th Battalion were involved in the Battle of Somme and fought around Leipzig Salient and Ploegstreert, the Battles of Messines and Lys finally ending up around Aisne just before Armistice.

Thomas died of Flu on 3rd November 1918 at 6.30pm in the English general hospital and was buried at Les Baraques Military Hospital Cemetery, Sangatte. His widow Lillian received £24.10/- the sum included a£5.00 war gratuity. His brother Richard survived the war. 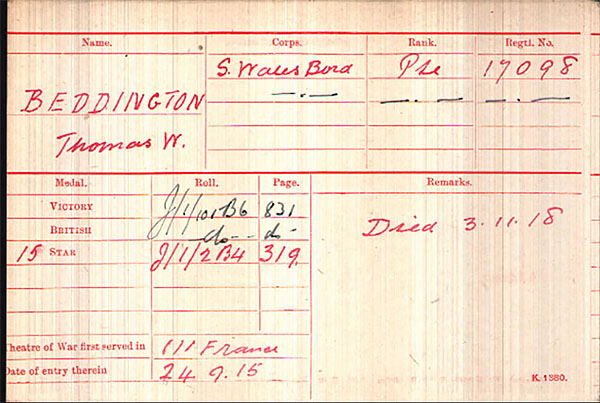 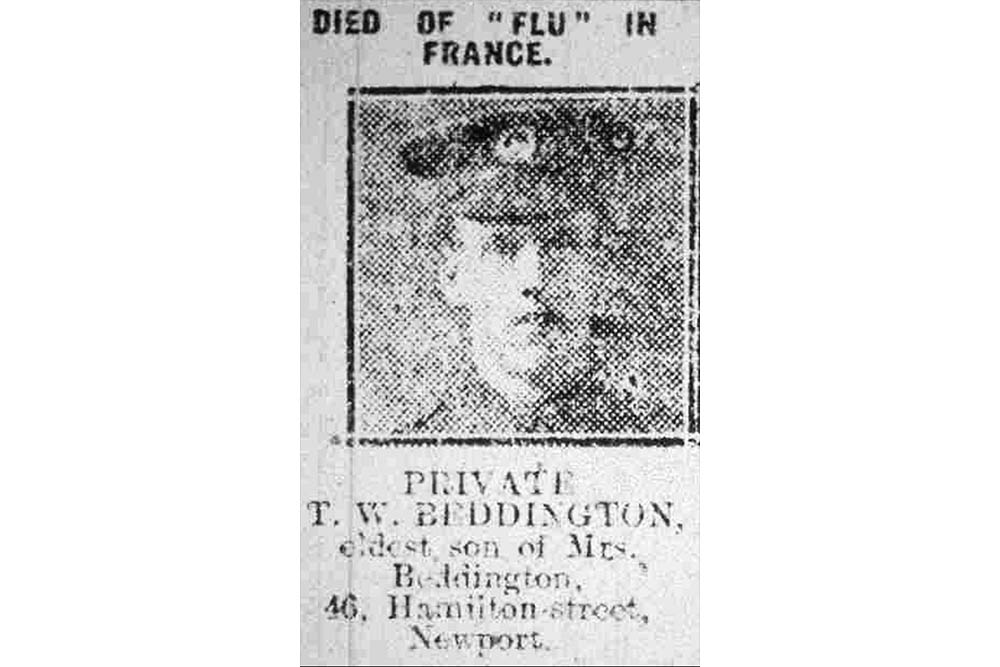 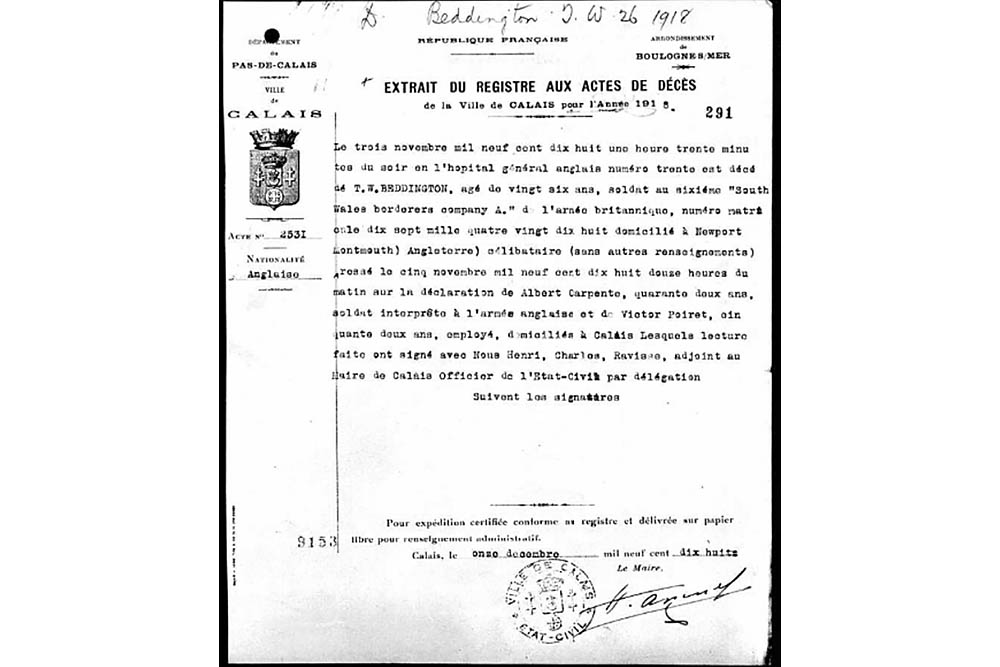