Arthur was born into a life of privilege on 28th April 1896 in Llangibby. His father was the Rector of Llangibby in Monmouth and his mother was Grace Lysaght was the sister of William Royse Lysaght.

Arthur was educated at Winton House, Winchester and Marlborough College. When war broke out on 4th August 1914 he immediately joined the Public School Battalion. He was Gazetted 2nd Lieutenant to the South Wales Borderers on 18th November 1914. All the military appointments and the awards of gallantry and meritorious service were, and still are, announced in the London Gazette.

On the 29th June 1915 the 4th South Wales Borderers were posted to Gallipoli. Although only 19, Arthur was in charge of a platoon. We have a detailed account of what happened to Arthur because he is listed in De Ruvigny's Roll of Honour.

On 11th August 1915 a covering party was sent to clear the enemy away from some wells from where they had been sniping for several days. As soon as they started to advanced they realised there were many more enemy than had been anticipated, nonetheless the small party managed make progress. They hadn’t advanced very far when Arthur was shot twice, in spite of this Arthur carried on, leading his platoon and encouraging his men to go forward. Arthur was shot for a third time which spun him around and he died within seconds.

Sergeant Worthington, Arthur's platoon sergeant had to leave him and take charge of the platoon but later volunteered several times to go out to try to find Arthur's body but was unable to do so. Three months later the men of the Northamptonshire Regiment discovered his body which was brought back and buried on 3rd November 1915. After the war Arthur's body was moved to the 7th Field Ambulance Cemetery

"He was fearless and always very cheerful in the trenches......his death meant a great loss to his men, who thought so highly of him, to the whole company and also myself, who found him an ever cheerful and loveable friend”.

The Reverend Herbert Addams–Williams received £41 4/- 3d with an additional £5 war gratuity from the War Office. When Arthur’s will was published it showed that he left £1090 11/- 2d to his father.

Arthur is remembered on the Llangibby War Memorial and the Orb Works Memorial. 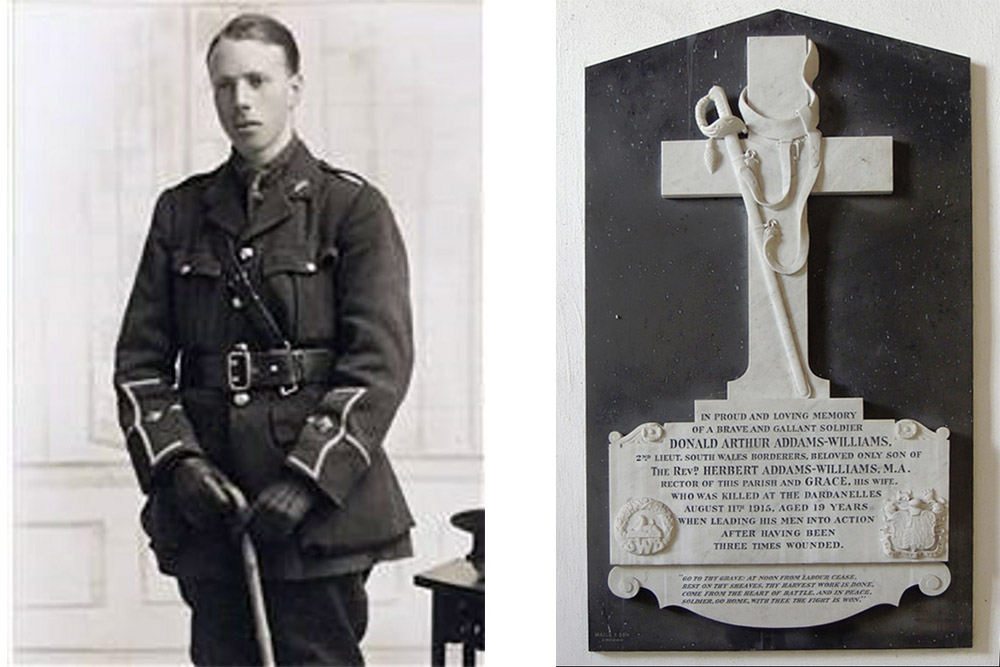 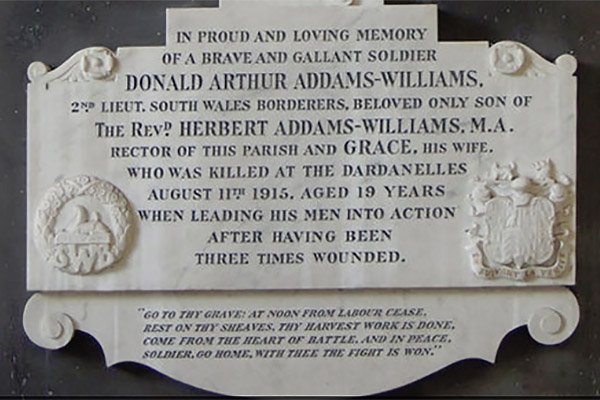 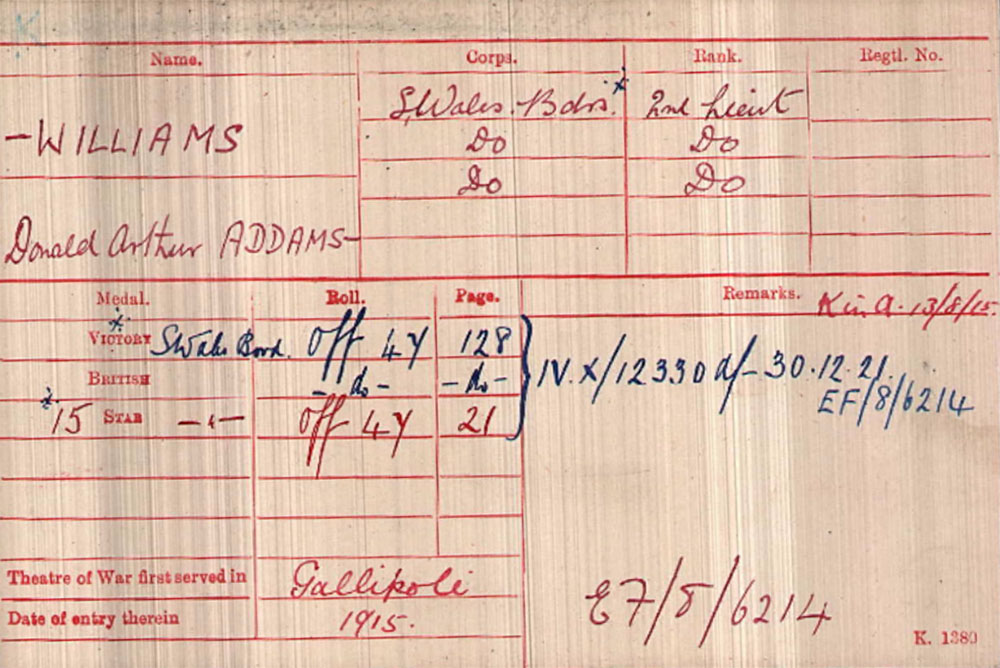 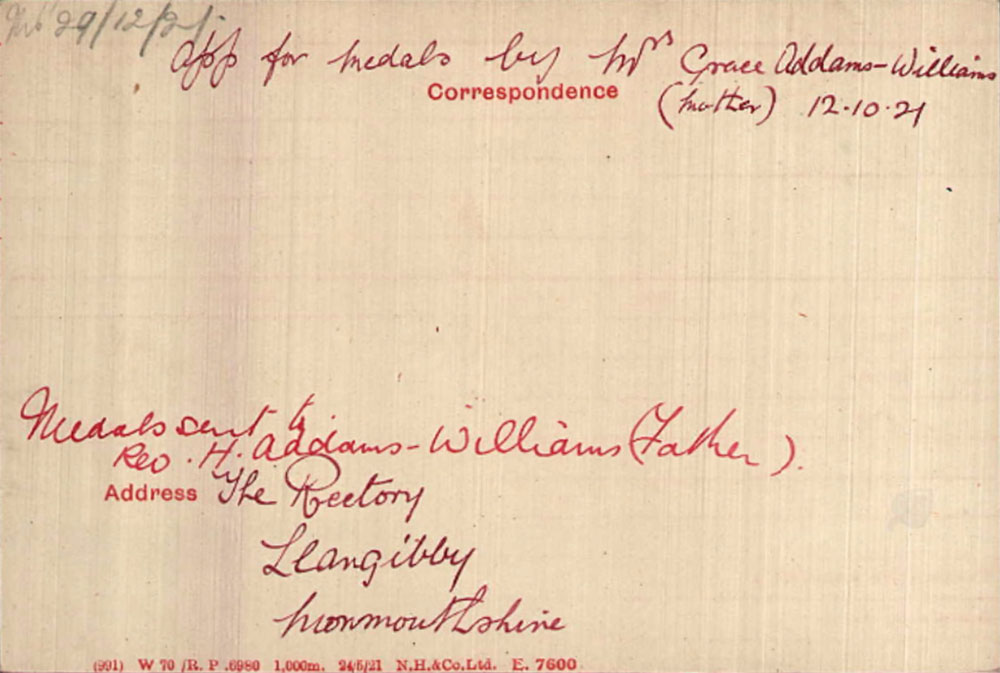