Alfred Royster was born in Mindee to Alfred and Lizzie Royster. In 1911 Alfred was working in a local grocer shop aged 17, his move to the Orb works was probably prompted by thought of better wages.

Alfred joined up in the first few weeks of the war in 1914, he served with the South Wales Borderers and was sent to France on 4th January 1915.

In January the 1st Battalion South Wales Borderers were in the trenches protecting the village of Givenchy. The conditions were terrible, they had suffered heavy shelling and firing form the enemy, and the weather was bitterly cold with snow turning to sleety rain. The trenches were in a bad condition, the soldiers were constantly trying to repair them. At night fall the water began rising in the trenches and the soldiers tried to bail out the water, by this time the shelling had died down.

By the end of the day Alfred had been killed in action just 21 days after he had arrived in France. Alfred was 21 years old, he is remembered at La Touret

His commanding officer wrote to his parents saying “It may help you to remember that he died a soldier’s death fighting bravely for his country, your son stayed at his post until the last and had it not been for him and others like him who lost their lives with him we should have lost the battle instead of winning it”

In 2017 children from Ysgol Plasmawr in Cardiff researched and visited Alfred Royster's memorial at La Touret . 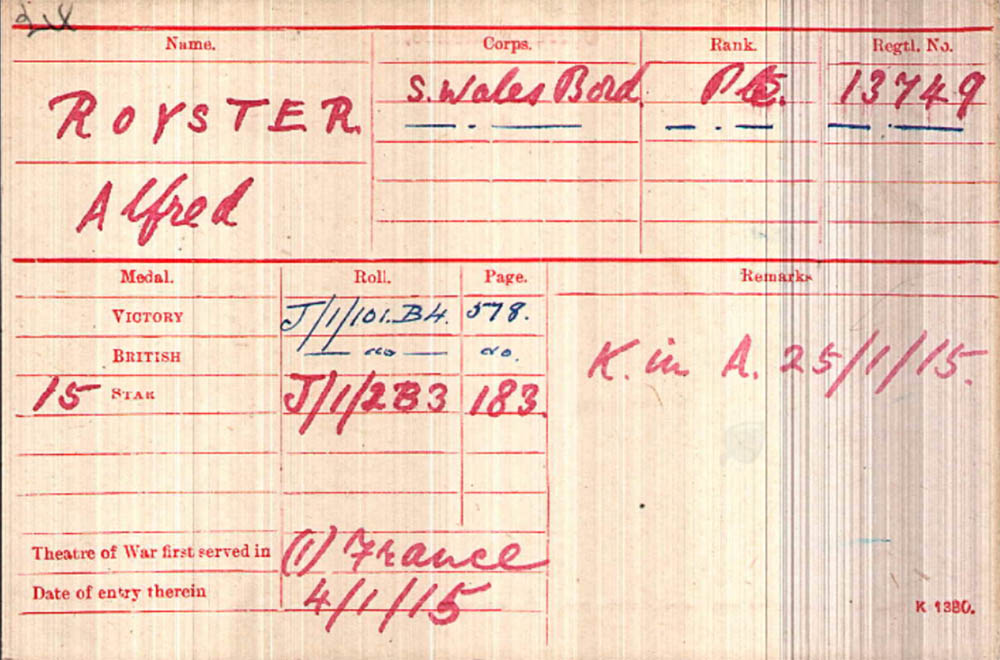 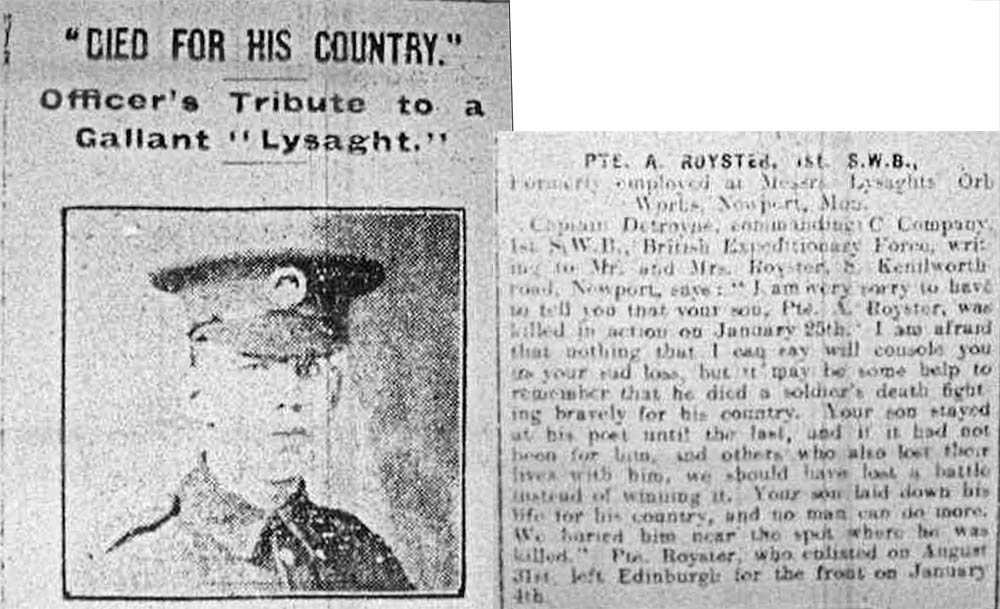