Samuel John Pitt was born in Tipton Staffordshire in September 1887 to William & Edith Pitt (nee Aldridge) and he was one of five children, Samuel was living with his father in 1901 in Tipton, his father was working as a puddler in the iron works, his mother died when he was nine.

Samuel married Edith Levinia Potts in St Johns Church Maindee Newport Mon in Dec 1909 and had three children, one of which died. They were living at 14 Hamilton Street Newport Mon in 1911 where Samuel was working as a shearer in sheet iron mills, Samuel is listed on the Lysaghts Roll of Honour December 1914 as serving in General Service Infantry he was 29 when he was killed.

Samuel enlisted in the 8th Battalion the South Wales Borders at Newport Mon, and was posted to France on the 9th September 1915 landing at Boulogne, later embarking from Marseilles for Salonika Greece, landing 12th November 1915 as part of 67th Brigade 22nd Division. There is no further details of what actions he was involved with but he died of burns on 5th January 1917 at Salonika.

Samuel is buried at the Commonwealth War Graves, Salonika (Lembet Road) Military Cemetery and is also is remembered on the Orb Works Memorial

For his service Samuel was entitled to the 14-15 Star and the British War & Victory Medals, his widow Edith received back pay of £5-18s-1d and £10-10s war gratuity from the War Office.

Steel Remembered would like to thank Peter Smith for his research on Samuel Pitt. 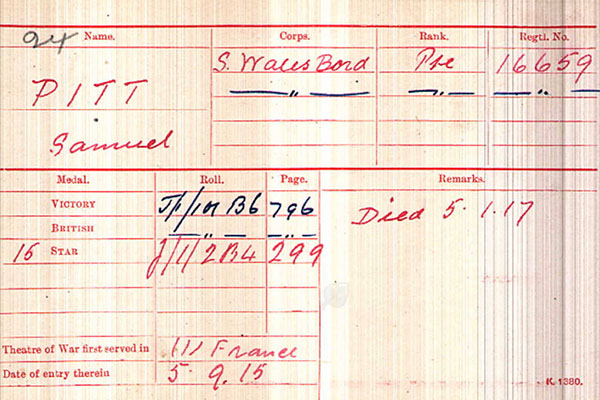 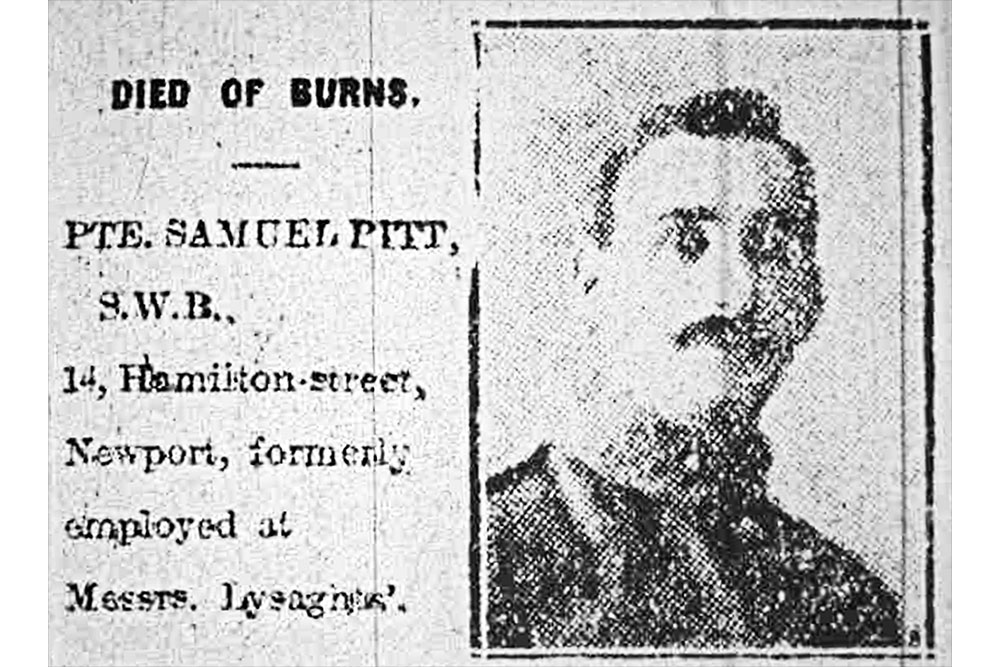 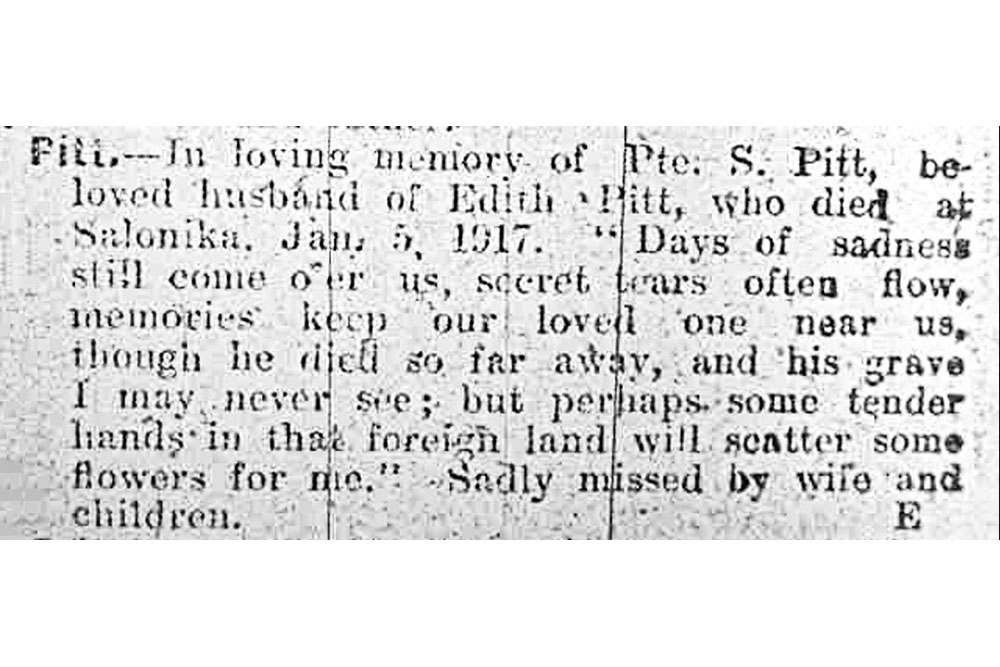