William was born in Bilston, Staffordshire in 1891 to William and Mary Ann nee Holland. Many families from the Wolverhampton area had made there was down top Newport following the closure of the Oiser and Swan Iron works in Wolverhampton. In 1901 the family had settled at 19, Halstead Street, Newport and William Snr. was working at the Orb. In 1904 William Snr. died aged 34

William joined the army and served with the 5th Battalion South Wales Borderers. On 17th July 1915 he found himself in France, William was rapidly promoted through the ranks, by 1918 he held the rank of Company Quarter Master Sergeant.

In April 1918, the 5th found themselves fighting in the area of Wytschatet- Messines Road, int the Ypres sector. On 11th April Field-Marshall issued a special order of day that urged all troops to keep fighting at this critical time in the war he said, “with our backs against the wall and believing in the justice of our cause each one of us must fight in to the end.” On 17th April William was killed in action aged 27 years, he is buried at Wulverghem-Lindenhoek Road Military Cemetery.

William left his war gratuity and back pay to his mother Mary, she received £22.00 . 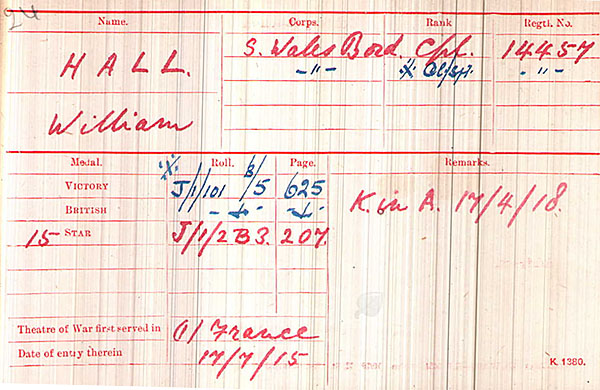 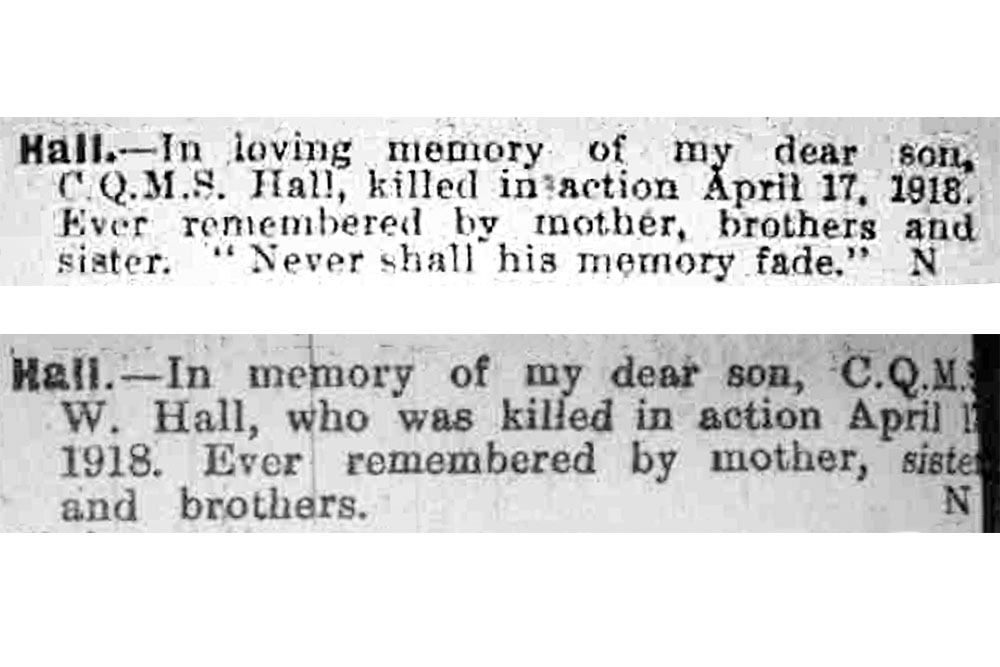