John Gibbs was born in Walsall, Staffordshire in 1896 to Sarah Ann, in both the 1901 and 1911 Census Sarah Ann states that she is married but the husband is absent from the Census. At the age of 14 John is working at the Orb Works. John didn’t marry.

John joined the army between August and December 1914, we know this because he appears in the Lysaght Roll of Honour that was published in December 1914. On 5th September 1915 the 7th Borderers landed in Boulogne, France. By 10th October 1915 they embarked for Salonika, Greece from Marseilles in France. They were to be engaged in various actions against the Bulgarian army.

On 18th September 1918 John was taking part in attacks on Pip Ridge and the Grand-Couronne when he was killed in action. He was buried at Doiran Military Cemetery, John was killed on his 22nd birthday. 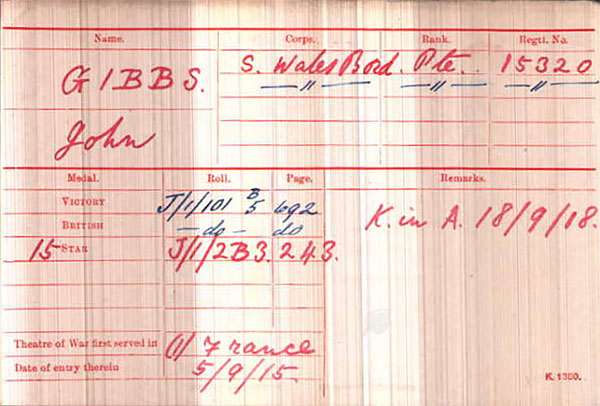 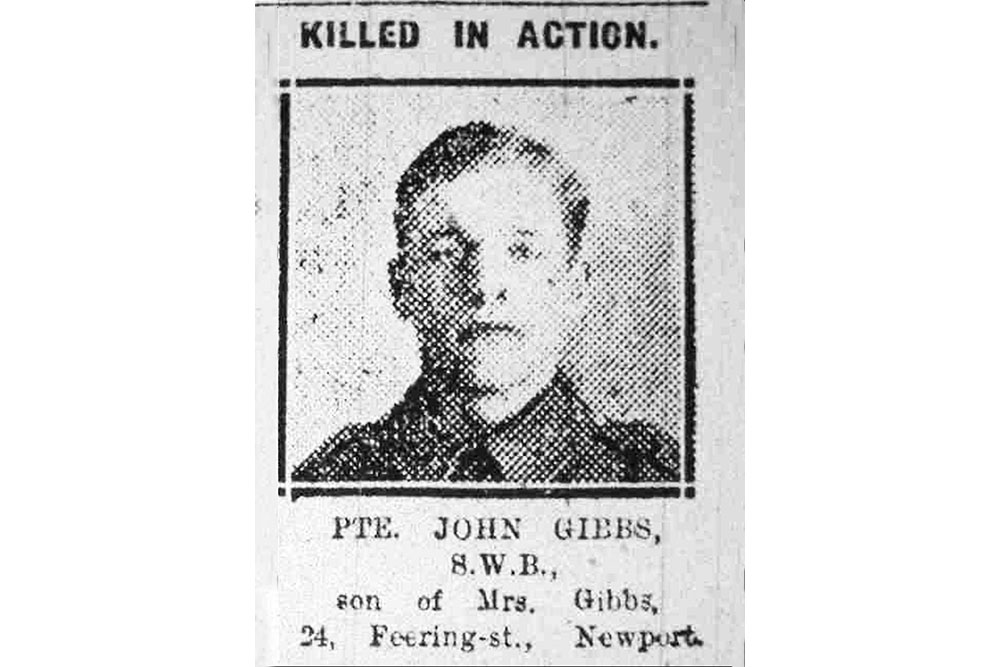 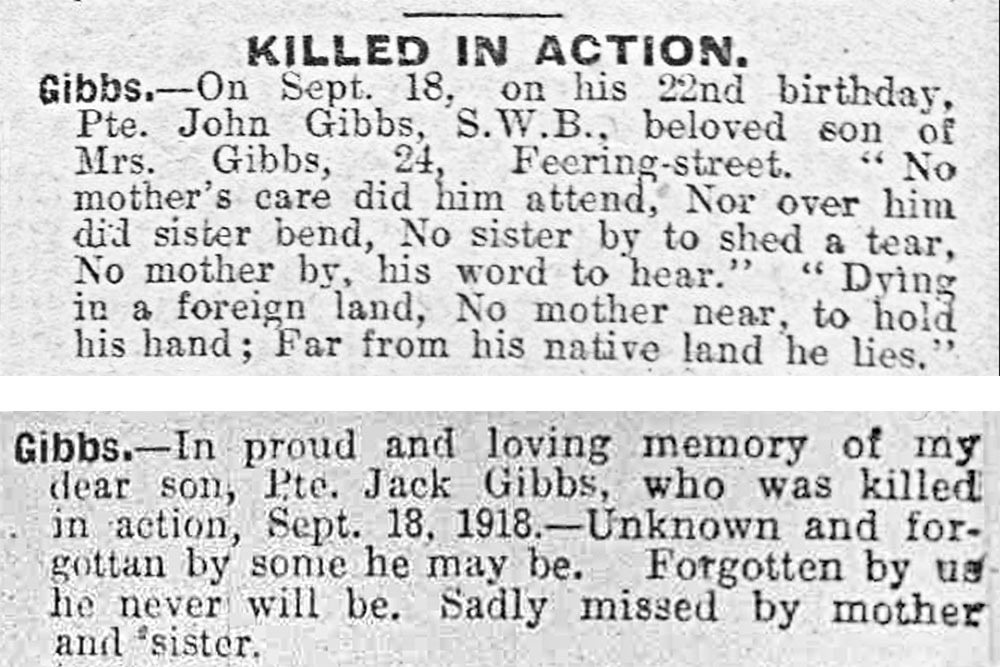