John was born in Wolverhampton in 1882, unfortunately the 1911 census record is the document we’ve been able to trace, this means we have no details of his mother or father.

In 1906, John married Ellen Brown in Wolverhampton, the couple had three children but one died in infancy. By 1911 the family had moved to Newport and John was working at the Orb works.

We know John joined up between August – December 1914 because he appears in the Lysaght Roll of Honour that was published in December 1914. By 11th January 1915 he was in France.

On 14th November 1916 he won the DCM (Distinguished Conduct Medal). The citation read:

1/13027 Pte. J. FITZPATRICK
For conspicuous gallantry in action. Private Fitzpatrick and another man volunteered to lead a bayonet attack. On reaching a block of wire and buried bayonets, forming a kind of chevaux de frise, they climbed the parapet and removed the obstacles. They led the attack with great bravery and dash, and utter contempt of danger. (14.11.16)

John was killed in action on 18th April 1918 aged 36, he is buried at Brown’s Road Military Cemetery, Festubert. 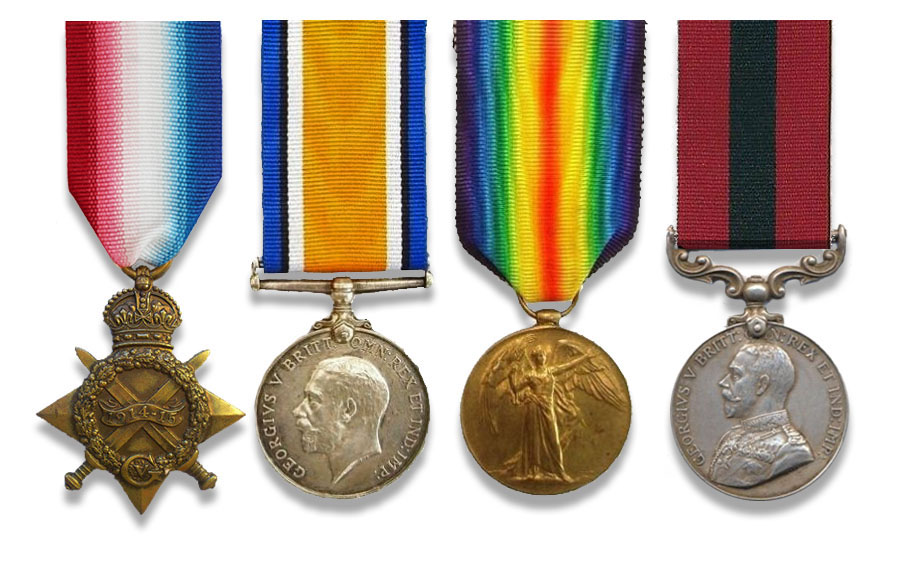 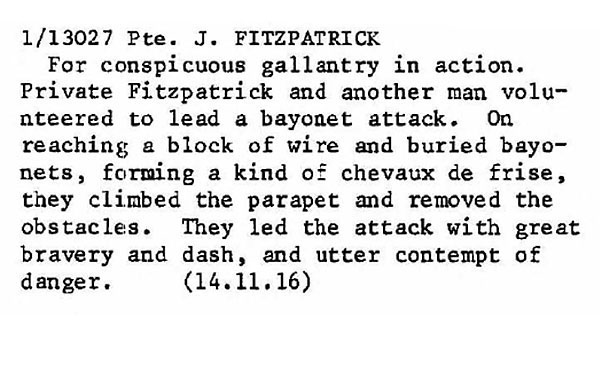 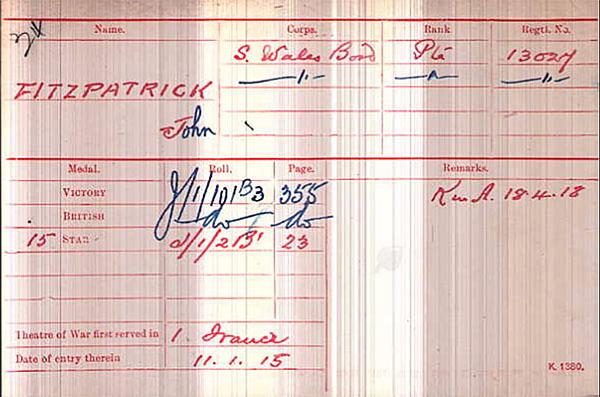