Patrick Coyle was born in 1886 to Peter Coyle and Jane Keegan in Stockton-on-Tees. It appears that his mother and father were not married until 1893. The family moved to Workington where Peter worked as a labourer in on of the many Ironworks around there. In 1907 Patrick married Jane Murphy in Cockermouth, Cumbria.

By 1911 Patrick and Jane had made their way to Newport and were living at 39, Magor Street, Newport. Patrick was working at the Orb works as a furnaceman, by 1914 they moved to 36, Hamilton Street. The couple had no children.

Patrick Coyle joined up sometime between August – December 1914, we know this because his name appears in the Lysaght Roll of Honour that was published in December 1914. Patrick served with 6th battalion South Wales Borderers.

He quickly rose up the ranks to become a Lance Corporal. On 31st of July 3rd August 1917, a party men from the 6th battalion were on the Hooge road delivering much needed supplies, when at 11am the party where hit causing 13 to be wounded, Patrick was one of those men. He died of wounds on 3rd August aged 30.

Jane was left alone and had to find work to survive. By 1937, Jane is living at 3, Havelock Street and was believed to be working in one of the local shops. On 23rd November 1943, Jane died and left £231 2-/- 1d to James Murphy properly a brother or nephew. 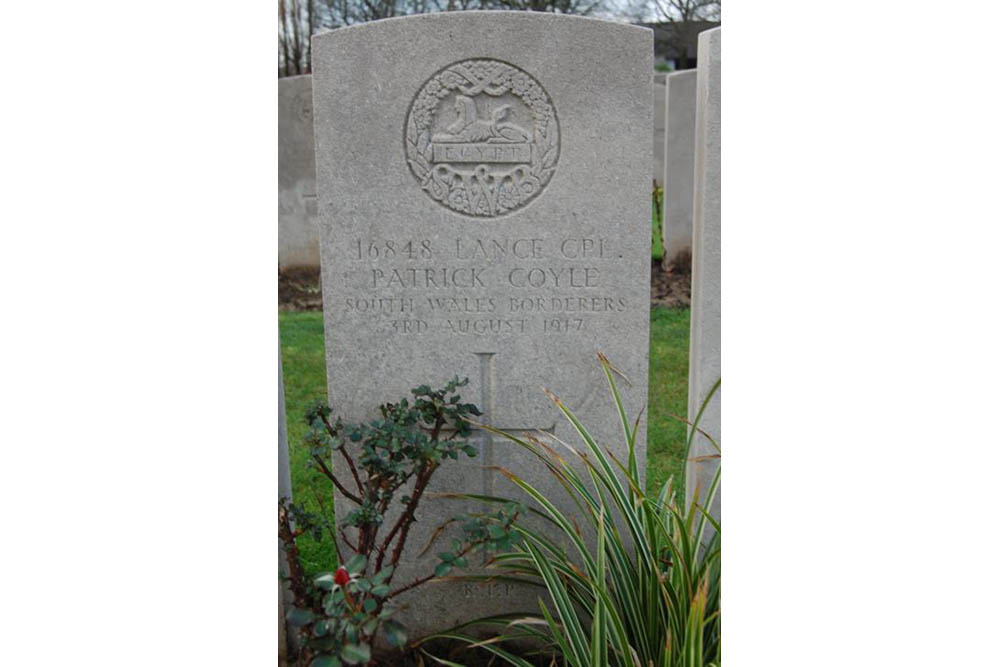 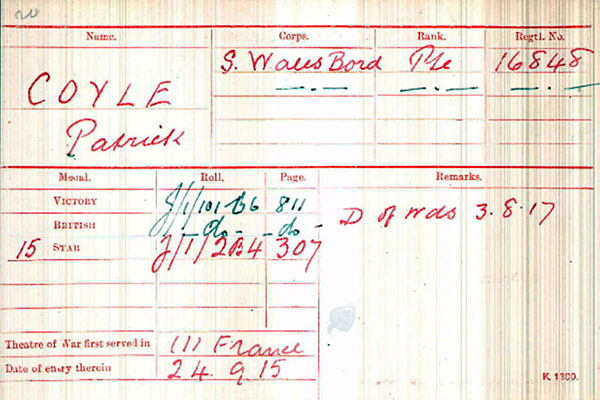