Richard Boswell was born in Wolverhampton, Staffordshire in 1876 to Richard and Emma Boswell. In 1897 Richard married Charlotte Browning and the couple had 11 children sadly 6 died in infancy. The family arrived in Newport in 1910. The 1911 census states that Richard was working at the Sheet rolling mill as a Fireman.

Richard joined up early in the war and served with the Welsh Regiment, by 5th May 1915 they out fighting in France. The war diary says that the battalion was fighting around Loos and that two men were wounded on the evening of the 4th January, presumably one of these men was Richard and he died later that night, he is listed a killed in action. Richard was 40. 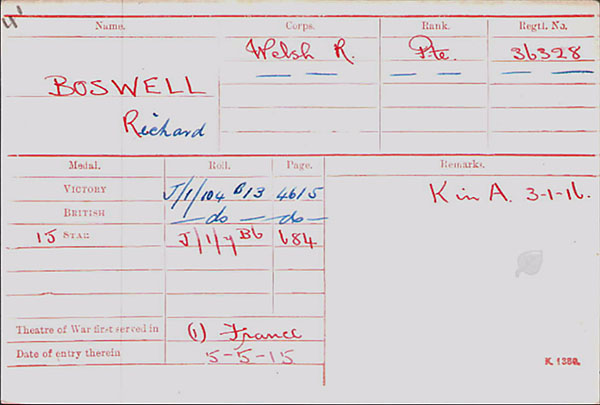