Edgar was born in Liswerry in 1894 to Thomas and Emma (nee Phillips) Bennett. The couple had 9 children with three dying in infancy. In January 1911 Emma had died leaving Thomas, George and Edgar all living at 13, Jenkins Street, Newport. Thomas and George are both listed as Haycutters with Edgar working at the Orb, strangely enough it states that Edgar was Thomas’ grandson but as far as we know he was his son.

Edgar joined up early in the war and served with 7th South Wales Borderers. By 5th September he was in France 1915. The 7th remained in France until 30th October when they set sail along with the 8th South wales Borderers to Alexandria. We know that the 7th South Wales Borderers were fighting around Lake Doiran and the Vardar in April, by May both the 7th and 8th Battalions took part in minor diversions and so no heavy losses were reported. Edgar was Killed in action 2nd May 1917 he was 23. Edgar left his back pay and war gratuity to his brother William, he received £12 10-/- 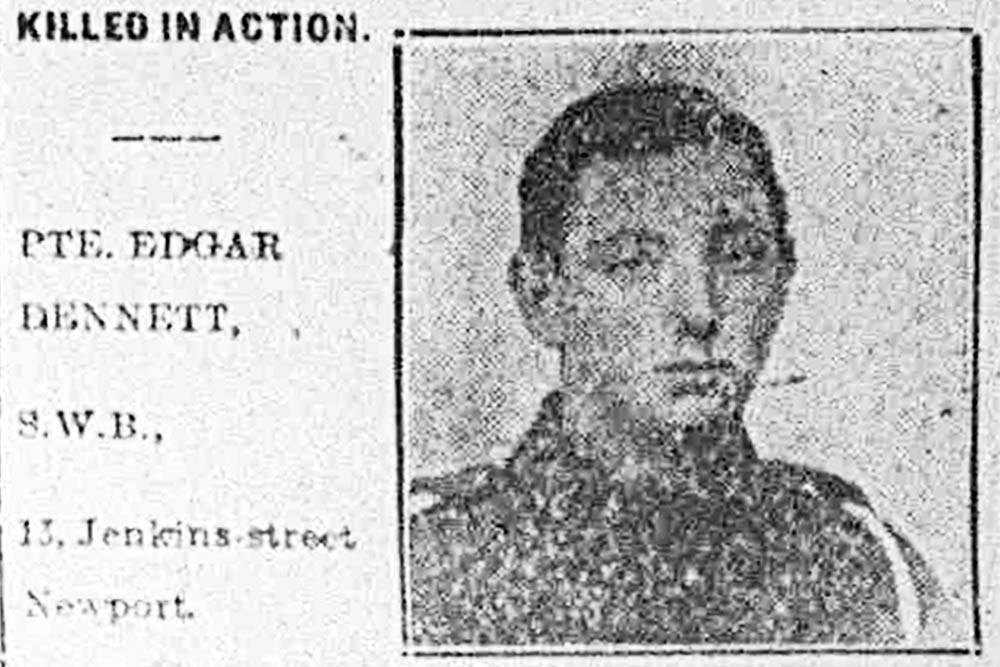 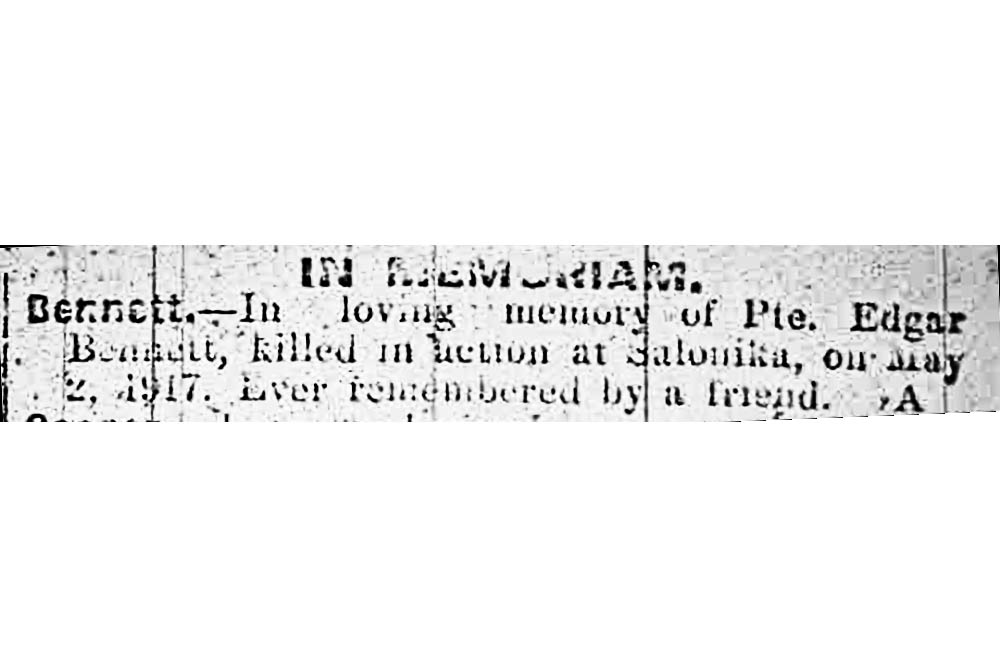 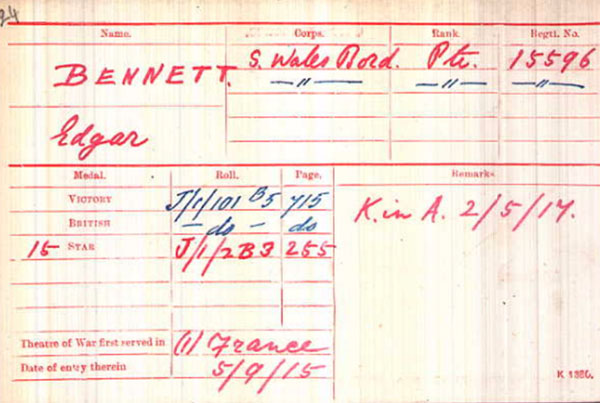