John was born in Kerry, Montgomeryshire in 1887. In 1908 he married Lucy Elizabeth Partington and they had one child.

Owing to John’s regimental number being very low 443 and the apparent absence on the 1911 Census it appears that he could possibly have served in the army prior to the war, having served his time he could have signed on as a reservist. Many of the men from the Orb were on the reservist’s register. As a reservist John would have received a few shillings a week and been expected to take part in a two-week training camp, if war was declared he would have had to join his regiment immediately.

John served with the 1st Battalion Welsh Guards and was sent to France on 17th August 1915.

We don’t know what date John was wounded on, but we know that in the few days leading up to his death the Welsh Guards were involved in heavy fighting around the La Belle Alliance.

The date of John’s death remains a mystery as “Soldiers Died in the Great War” has it down as 25th June 1916, but the Commonwealth War Graves Commission states that it was 23rd June 1916. He was buried at Lijssenthoek Military Cemetery. This cemetery was used by many clearing stations and it would be to one of these that John was taken to have his wounds tended. John was 29 years old.

His wife Lucy was granted £7.00 back pay and war gratuity. In 1923 Lucy made an application for his medals, at the time she was living at 22, York Place, Newport. 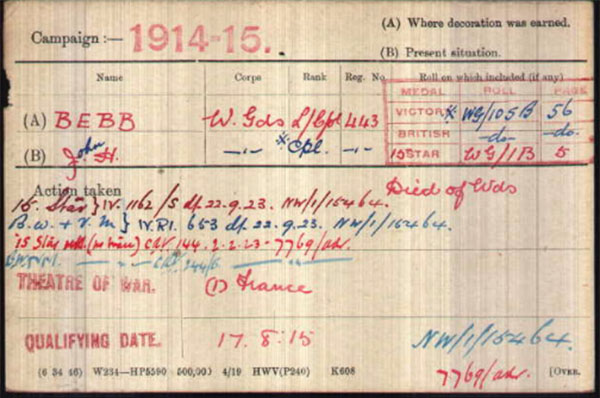 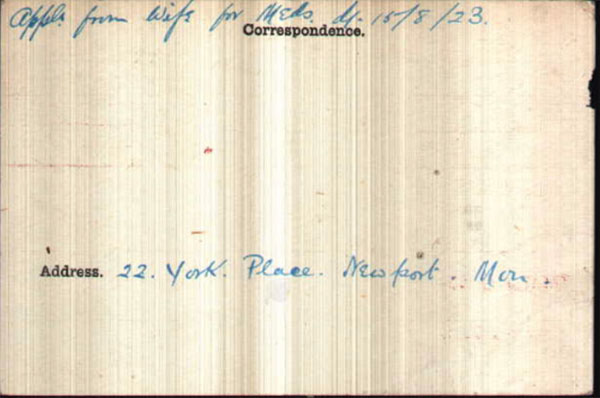